I just wanted to write a small post about the shoes that my second block students gave me for Christmas. I have a pair of Geometry TOMS shoes that I love, and I wore them to school one day. Then it became a joke that some students were going to make a pair of math shoes for me. One of my students, who is an amazing artist, decided to draw a prototype for me. So, I assumed that was the end of that when I took her drawing and hung it up on my wall.

On Tuesday, the two girls who came up with the idea told me to look at them. They had something they wanted to give me. Then the girls presented me with the pair of shoes. Many of the kids in the class signed their names on the rubber edges of the shoes. I was touched for sure. Plus, I thought they were amazing!!! I don't know whether to wear them or preserve them for all eternity.

Here are a couple of pictures that I wanted to share with you. 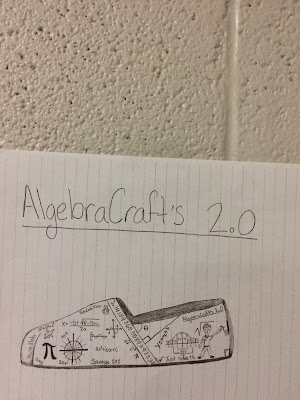 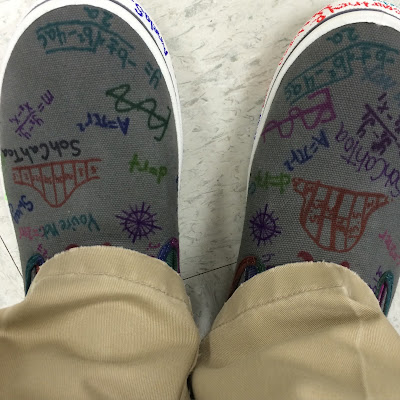 I feel blessed that my kids took the time and effort to do this. Also, there are a couple of inside jokes within our class that are also on the shoes.