Do you ever have days where your students still need slightly more practice on a concept, yet you feel that you don't have enough resources along with the fact that several students are absent? So, yes, I had this on Thursday of last week. In my geometry class, I have 24 kids. I had five absent. We had spent the previous day doing translations, and I wasn't happy with where they needed to be with respect to it. With several being absent and knowing I was going to be gone the next day, coupled with the Labor Day weekend, I didn't want to go on to reflections just yet. I had given them a worksheet on graphing translations of figures because students had requested practice on pencil and paper. After this though, I was unsure of what to do. I knew some of the kids wanted to go outside at one point during the semester, so I thought of an activity where students could practice translations yet go outside. Thus, the Translation Shuffle was born.

Here is how the Translation Shuffle works!

1. Group students into groups of 3 (for triangles) and 4 (for squares/rectangles)
2. Have one group give a command as to where to move. (Ex: Move up 3 and left 5)
3. Student gives command, and groups move up/down or left/right
4. Groups have to state the translation rule. (Ex. x-5, y+3)
5. Groups take turns giving commands, telling other groups how to move.

Here are a few pics of our activity. 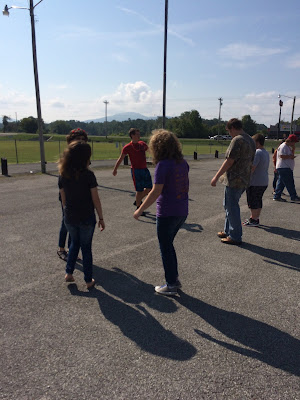 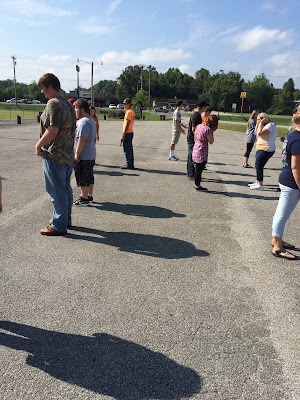 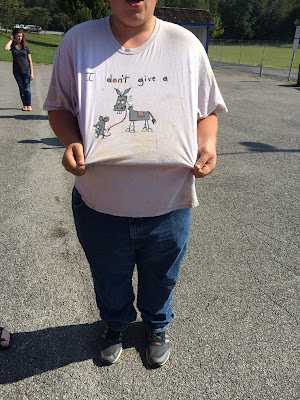 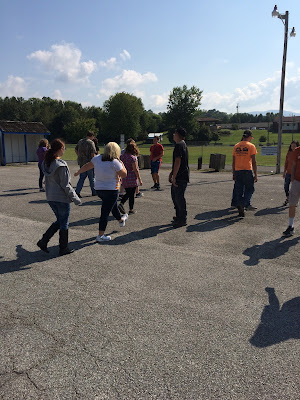 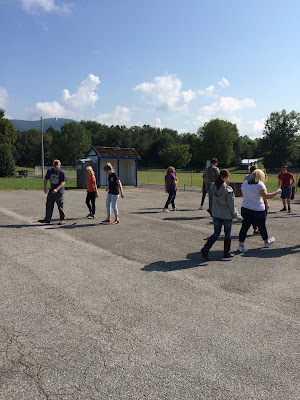 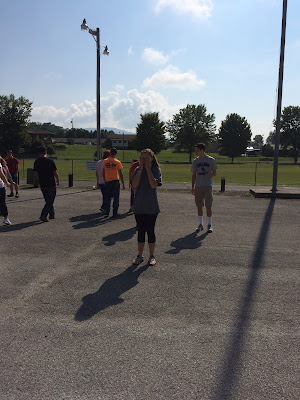 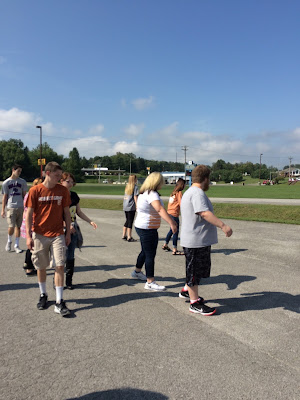 To reflect, I would do this activity again, but I would probably add something slightly more interactive or add an extremely large coordinate plane somewhere in the parking lot! Let me know if you have any questions about the Translation Shuffle.
at September 07, 2016