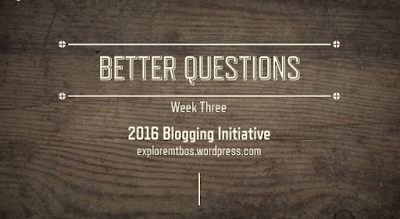 After writing the first post about questioning, I had another thought about writing. I had a quick epiphany about giving my students problems and scenarios without necessarily one right or wrong question and/or answer. My students have not been used to this at all, and I have had to preface by making statements like the ones below.

I had been thinking about ways to redo my First Five (which is what I call my bell ringers). Since Tennessee has went to a new state test this year, there have been relatively few practice questions that I can use as bell ringer problems. So, I decided to revamp my First Five. I will write a more detailed post later about that. I was partially inspired by the work from Marissa over at La Vie Mathématique on what she had done with her Warm-Up routine and tweaked it. So, stay tuned for that.

Anyways, let's get on topic.

Here is an example of a scenario we did with Which One Doesn't Belong. 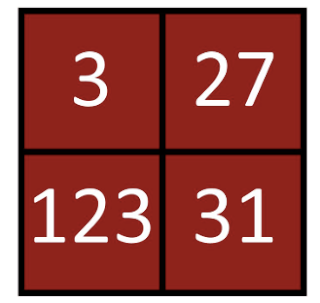 Students were told that there wasn't one right or wrong answer, and I tried probing several for their reasoning. I asked for volunteers, and several hands went in the air. I was able to ask probing questions on this so that way I could better understand their thought process.

Example conversation in my Algebra II class. This isn't the direct quote, nor do I have students' names from the TV show Friends. I did this to protect identities.

Me- Which one do you think doesn't belong, Ross?
Student-I think that it is 123.
Me-How come?
Student-It is the only choice with three digits.

This allowed me to ask questions to help students understand their reasoning more, and this exercise also allowed for students to be able to have productive discourse.

Let's check out another example of a problem from Would You Rather. 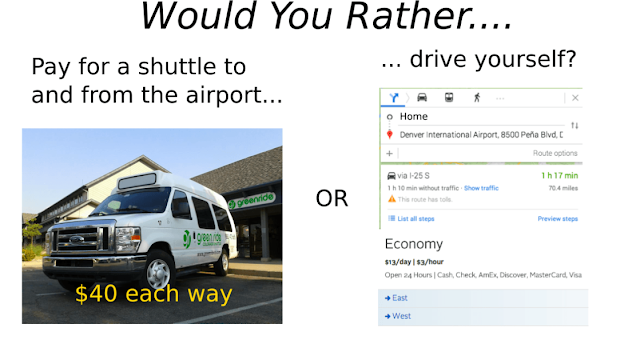 This is a type of problem that leaves a lot of room for questions. Let's look at students' questions.

These questions allowed me as the teacher to be able to gain some insight into what my students were thinking. This also allowed for students to be able to critically think about the problem. Many of my students have never flown before, so this was an unfamiliar scenario for some. Our closest airport is an hour away, and this airport is small and has few direct flights. It's one of the more expensive airports to fly from as well. The Nashville airport is two and a half hours away, so many people fly there because the tickets are a lot cheaper!

To help students who have never flown before, I gave three scenarios that I had experienced.

#1: In July 2014, I went to New York City to see one of my best friends, and another one of our friends was coming in from Seattle. I checked tickets from Knoxville and Nashville. It was $160 cheaper to fly from Nashville, and I had a non-stop, round trip ticket from Nashville to LaGuardia. It was better for me to drive, park my car for a week (which cost me $72), and drive to and from Nashville instead of flying from Knoxville.

#2: I flew to Dallas, Texas in December 2014 to meet up with my two friends from NYC and my friend from Seattle, and we drove to Fort Hood to our friend's wedding. It was about $160 cheaper to fly from Nashville than Knoxville. Once again, I got a direct flight. I paid my $36 for parking, and that was done.

#3: My girlfriend went to St. Thomas to visit her mom and family for Christmas. Instead of driving herself to the airport and parking her car for 2 and a half weeks, her dad took her to the airport, and I went and picked her up. She flew from Knoxville because it was more convenient because she could catch connecting flights in Atlanta to St. Thomas.

I have been impressed with the quality of questions from my students doing these activities, if only I could remember the questions haha!!!