When our state went to "new" standards, they added the standard about having students write the equation of the parabola when given the focus and the directrix. I have intentionally avoided this topic for a couple of semesters for the following reasons.

Now, enter the MTBoS and a plethora of new resources. I had read a blog post by Sam Shah a couple of months ago, but I was getting distracted and bogged down with solving quadratic equations. So, I decided to put this topic to the side and come back to it at a later time. Now, here we are in late November, and I felt that I was ready to try to present the topic once again. I had looked at a practice test for the End of Course exam, and I noticed that there were two questions relating to focus and directrix, so I knew I owed it to my students (and to myself) to teach them the concept.

I started by noticing that Delta Math had some exercises relating to focus and directrix. So, I decided to give them a try. I started by looking at the examples that were given and then practiced a few problems on my own. I originally was going to put Delta Math on the Promethean board and work some problems there and then have the kids work. Then I had an idea of something that I hadn't done in a while. I was going to create centers.

Centers were one of my instructional strategies that I used the first couple of years of my teaching career, but I hadn't done centers in over a year or more. I used the snipping tool from my desktop in my classroom to create the three centers.
I had originally planned to time students with each center for them to get practice, and then kids would "rotate" the centers and stay at their group tables. I had a very odd number (13) in my first class, so this activity didn't go smooth at all. I had let them pick their own groups, which was a big mistake. I had several students working, and I had one group where most of the students were not doing the work. I am embarrassed to admit that I went and stood over them for a couple of minutes, and only two were working. They still didn't get to work, so I went on to the other groups, who were working fine. I don't think that I was explicit enough in my directions, possibly. I don't think that the groups got enough practice. I do want to mention a positive here. I noticed a couple of kids came up with the idea to use the coordinate planes on the back of the whiteboards. I was very happy with this realization!

It worked like a charm in my other class. I had 18, which made for perfect grouping, of six groups of three kids each. I set the timer for 11 minutes, and students had practice with all three centers. Most were engaged with the material, and kids were working cooperatively in their groups. One issue that I noticed was that some kids were getting x and y confused when plotting points and of x and y on the coordinate plane. However, we fixed this pretty quick.

I definitely want to do the focus and directrix centers again with this topic. I also want to find ways to make my centers more engaging and for students to have more accountability within the centers so that I don't have problems like I did with a few kids in one of my classes. I think that one start may be to have the groups already made beforehand or use Visible Random Grouping (VRG). Another way may be for students to have a preprinted answer sheet. I did check students' work periodically. So, maybe I need to be more consistent with that.

If you would like my centers activity, please feel free to email me, comment with your email, or tweet to me @jschool0218. Now, let me leave you with a few pics. 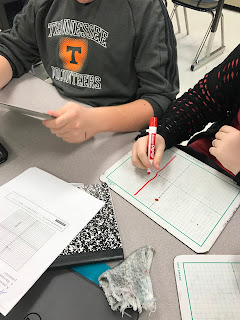 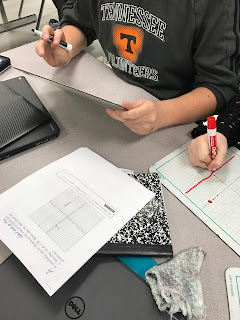 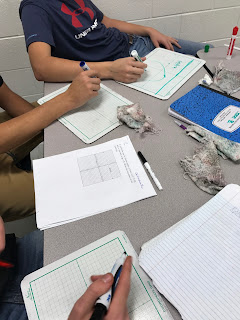 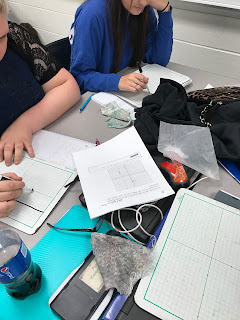 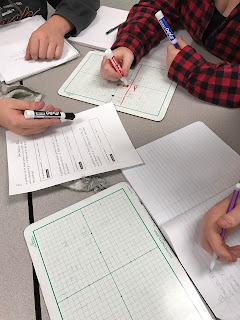 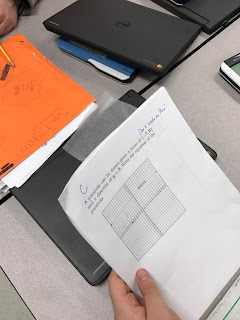