The first week of May is designated as Teacher Appreciation Week, which I tried my best to take advantage of and to reflect on what I do as a teacher.

On Monday, I was supposed to work a baseball game, but it was rained out. Then I met up with a former colleague and student to work on a project. By the time I got home, it was 7:30. Let me add that I live two minutes from my school. Also, we did class registration with our advisory groups, and I have freshmen (rising sophomores).

On Tuesday, the school bought us biscuits from Hardee's across the street and some fruits. Then I found out through Twitter that Chipotle was doing BOGO burritos! Burritos are one of my favorite foods, so my girlfriend and I went down to Oak Ridge to the closest Chipotle. We even got the guacamole! Even better, two of the workers at Chipotle were students of mine, and they even did his and hers burritos. 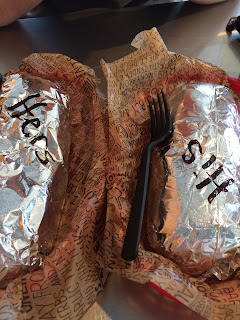 Over half of my class was gone on Wednesday, so we went outside for a few minutes to get some fresh air. Then I had to go help set up for the yearly educators' banquet for the local education association, which was held at the local Baptist church. We had to wait for them to get out of church to set up, but as we were waiting, the most beautiful rainbow was in the sky. 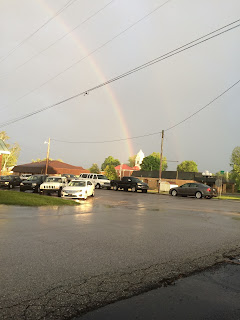 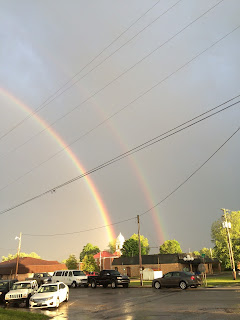 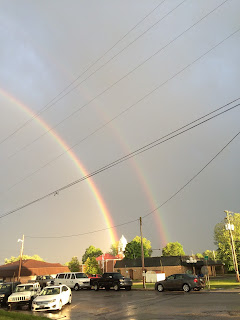 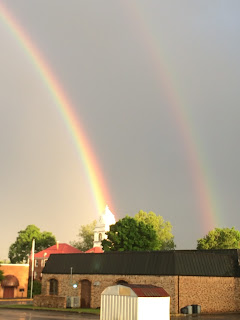 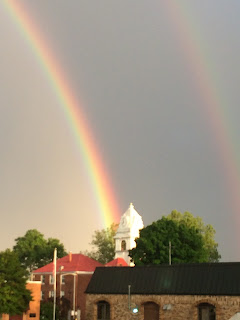 In my second block, I got an idea from Sarah Carter about writing teacher notes. I decided that this was a great idea, and I know that my fellow colleagues appreciated it. I even received a few notes. :) 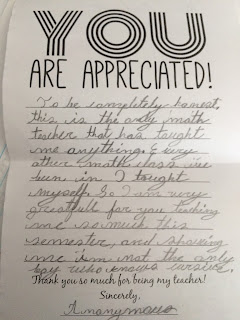 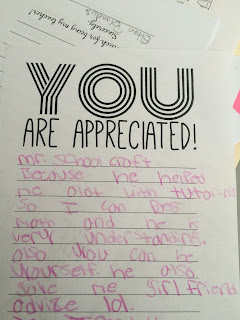 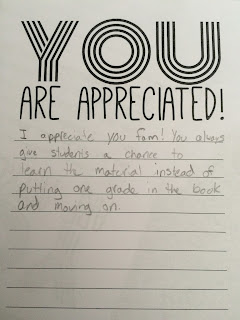 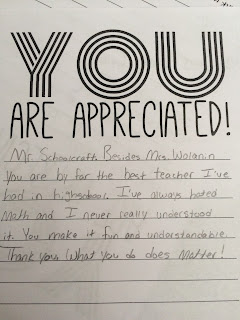 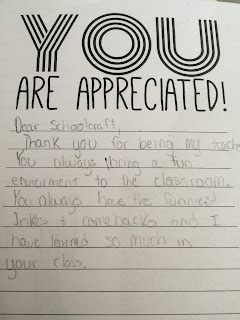 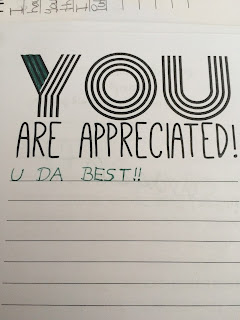 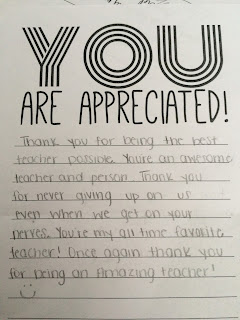 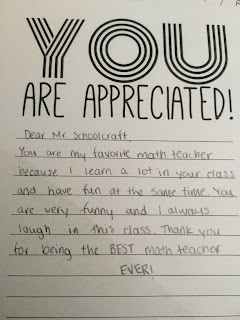 Thursday was Part 2 of my Algebra II TNReady Test, which is our new state assessment, which has had a plethora of issues which may (or may not) be discussed in a future blog post. Just google it. So, after testing, my students and I were both braindead. Thursday night was the educators banquet, and I attended. It worked out nice, and the banquet fell on Cinco de Mayo, which lent itself to a Cinco de Mayo theme. Teaching is a Fiesta of Learning! Haha.

Now it is Friday, let me just say Happy Teacher Appreciation Week to all of my friends in the MTBoS and to all of my colleagues!
at May 06, 2016