We were doing line of best fit, linear regression, and correlation coefficients in my 2nd block Algebra II class yesterday. The kids were engaged, so I took them to this website that I accidentally stumbled upon when doing a google search for another website to guess correlation coefficients. I came across Guess the Correlation. I decided to click on this for kicks and giggles. The website that I originally went to was Guessing Correlations, which isn't as challenging as Guess the Correlation. I was unaware at the moment what a goldmine I had found randomly.

It was nearing the end of class, and I had students begging me to let them play one more round. Then I had several that said that they were going home to play later in the evening. Unfortunately, I forgot to ask them today. I think I might even let them play at the end of the day tomorrow when all of the kiddos are done with their statistics test tomorrow (if there is only like 10-15 minutes, though).

Here are a few screenshots from the website. Let me know what you think and if you do this with your kids! 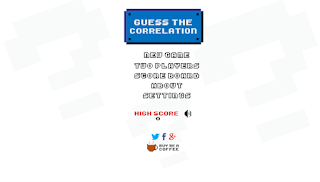 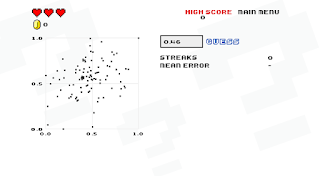 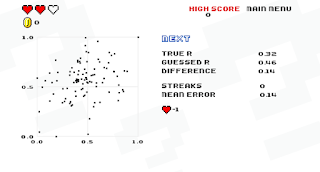 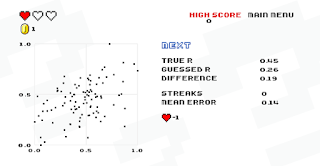 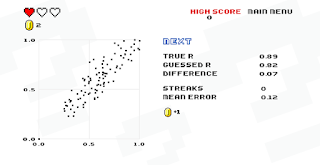 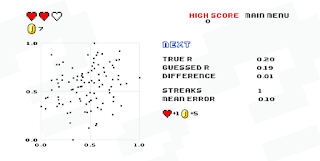 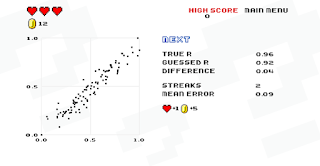 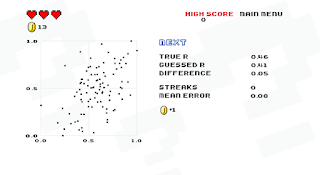