Which One Doesn't Belong?

After returning from the NCTM Conference in Nashville, I decided to do this activity called "Which One Doesn't Belong? as part of my First Five (which is what I call my bell ringer). This activity gives students either four numbers, graphs, pictures, etc. and asks students to explain with reasoning which one doesn't belong. The nice part about this activity is that it allows for divergent paths of thinking as well as allow for students to justify and explain their reasoning.

Here is the first one I did with my first block geometry class. 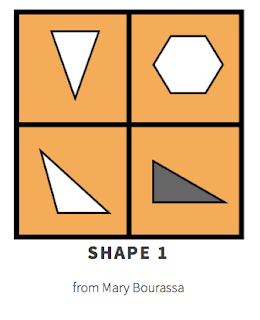 Students had several reasons why they chose their particular shape.

This allowed for my students to be able to justify and defend their answers. I told students beforehand that there was not one right or wrong answer as long as they could justify their answers.

I then gave this problem to my Algebra II class. 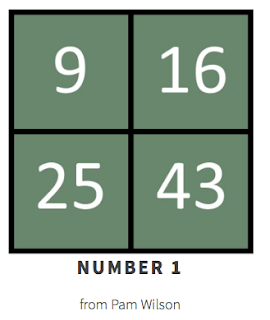 Here are some of the students' thoughts.

I want to say that I had so much success with this activity that I will definitely plan on using it again I even did a tweet out to the Math Twitter Blogosphere about it :)

So I encourage you to use this activity with your students. The website is Which One Doesn't Belong?

So, with that, I hope you have a great rest of your Thanksgiving Holiday and rest up strong for three more weeks until the Christmas/Winter Break!!!
at November 28, 2015